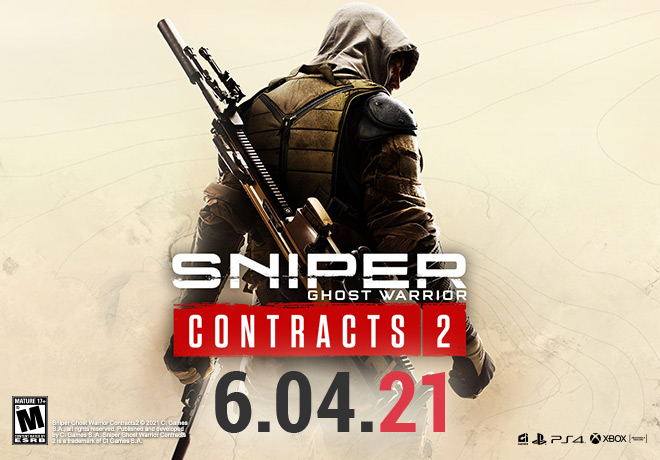 THE NEXT THRILLING ENTRY IN THE BEST-SELLING FIRST PERSON SNIPING FRANCHISE OF ALL TIME
Sniper Ghost Warrior Contracts 2 marks the most challenging entry to the acclaimed series yet, introducing extreme long-range sniping with targets over 1000m away. Featuring a dramatic single-player campaign set in modern day Middle East, experience high-pressure tactical combat, deep inside enemy territory.

Take on the role of Raven, Contract Sniper Assassin, as he embarks on a new series of contracts in a lawless region of the Middle East, located along the Lebanese and Syrian borders. Tasked with a seemingly impossible task, your mission is to topple an insidious criminal syndicate and bring them to justice.