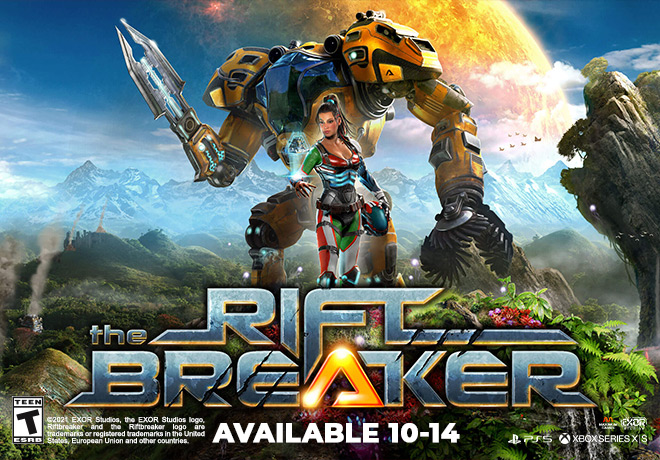 As Captain Ashley S. Now AK, “The Riftbreaker,” you enter a one-way Portal to Galatea 37, A distant planet At the Far reaches of the Milky way. Your purpose is to build and develop a base that will allow travel to and from Earth for further colonization. Ashley's mecha-suit, which she calls “Mr. Riggs,” can withstand the harshest environmental conditions and has a full range of equipment for base construction, resource extraction, specimen gathering, and of course - Combat. It is also capable of traveling through Rifts that connect space across vast distances.