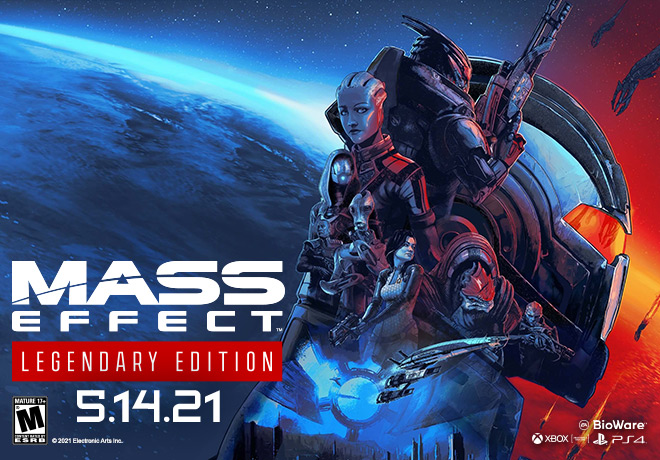 SHEPARD RETURNS IN 4K ULTRA HD
Take command of the Normandy, assemble your crew, and prepare for an unforgettable adventure in the highly acclaimed series.

Reflect on Your Choices
Your choices seamlessly travel from one game to the next. Each decision you make will control the outcome of every mission, every relationship, every battle – and even the fate of the galaxy itself.

Experience the Legend of Shepard
Create and customize your own character, from appearance and skills to a personalized arsenal then lead your elite recon squad across a galaxy in turmoil.