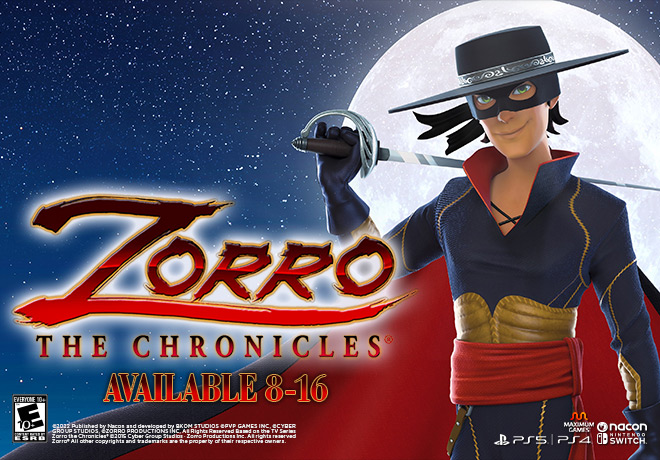 Play as Zorro or his sister, Ines, in this action and stealth game inspired by the animated series Zorro The Chronicles. Free the people, restore justice and mock Sergeant Garcia by signing your name with the tip of your sword! Adventure awaits! Zorro The Chronicles is an exciting and humorous action game that includes combat and exploration scenarios inspired by the TV series. The epic adventure immerses you in the world of the successful animated series Zorro The Chronicles. Protect vulnerable and innocent people from the evil general and his army. Restore justice in 19th century Spanish California.